The railroad workers are set to strike on Friday, September 16th. Let’s take a look at this current event. Did you know? 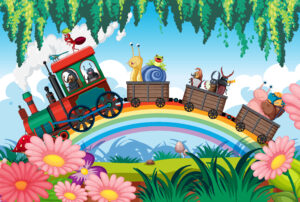 Silly scene with bugs riding on the train