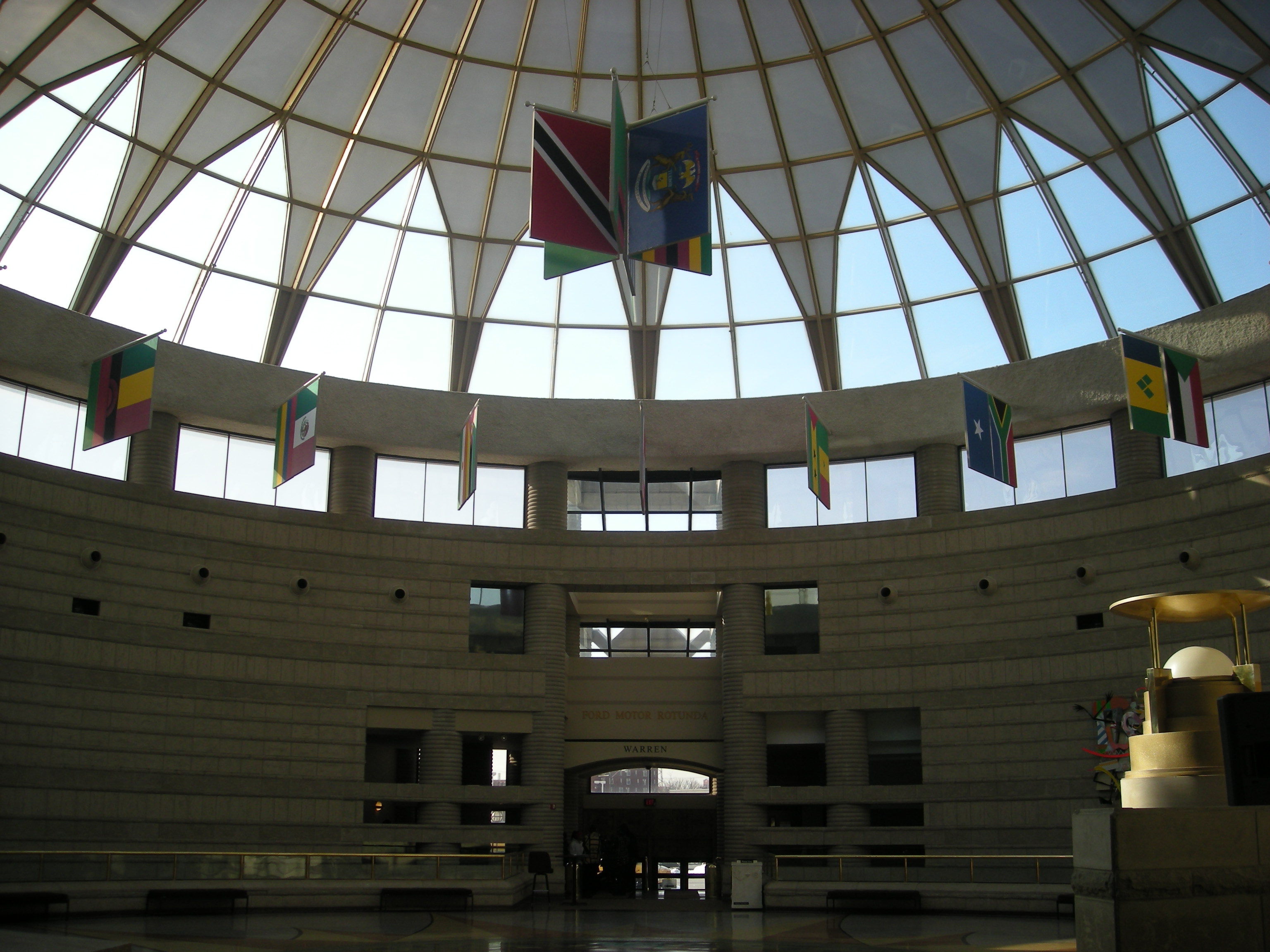 One of the current traveling exhibits is called Reflections in Black Dolls. What stands out is the diversity in the style of the dolls. They were creatively made of human hair, porcelain, cloth, paper clay, wool, resin, and even wood. The First Couple dolls of President Barack Hussein Obama and First Lady Michelle Obama were created by Leo Moss.

To put things in perspective, the museum examines the background of African Americans coming from Africa. In looking at part of the culture of Africans it displays the various types of food such as kola nuts, mill, rice, figs, and eggplant all grown in the tropical parts of Africa. Ore in Africa is a natural resource. Collecting taxes was one of the duties in the Oba Court in Benin.

Next is the transatlantic slave trade which occurred along the inland coast. There were slave forts along the coast in Ghana. It explains that slaves worked in the sugarcane plantations in rum production. The slaves later worked in the tobacco and cotton plantations. There was trading of slaves for beads, cowry shells, cloth, and pewter eating utensils.

The museum lists the European countries involved in the slave trade such as France, Spain, Portugal, Sweden, Netherlands, Germany, and the United Kingdom. They brought New World foods such as sweet potatoes, yams, peanuts, and rice to Africa.

The harsh reality of the slave trade included the Door of No Return in Senegal, Ghana which shows the final exit point of the slaves leaving Africa. The Zong Massacre was the unnecessary mass murder of 133 slaves by the crew of the Zong in 1781. Life on the ship for the branded slaves consisted of meager food such as yams, rice, beans and salt blocks. As a result, there was severe malnutrition and death.

Further on in the museum you learn about Olaudah Equiano (1745-1797) who was a prominent African in London. As a freed slave he supported the British movement to end the slave trade. His published autobiography influenced passage of the Slave Trade Act of 1807 ending the African trade for Britain and its colonies.

Some interesting facts learned at this museum are that although Dr. Benjamin Carson’s mother could not read, she expected him and his brother to read two books a week. Even though the 13th amendment was passed in 1865, it was only ratified in Kentucky in 1976 and in Mississippi in 1996. In conclusion, this museum helps educate the public about the history and contributions of notable African Americans.