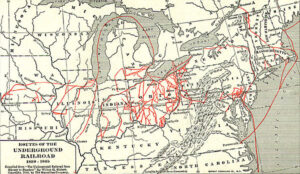 This woman escaped slavery to find freedom in the North in 1849 and became the most famous “conductor” on the Underground Railroad. She led hundreds of family members and other slaves from the plantation system to freedom on this secret network of safe houses. During the civil war, she helped the Union Army by working as a spy.