Hello everyone from “History in 3 Minutes Podcast.” Welcome back! Today, let’s take a look at “The American Revolution.” During this time, the French and Indian War, British government regulations, and the Boston Massacre all occurred. 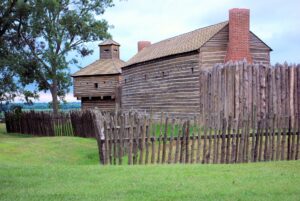 The French and Indian War was from 1754-1763. It began with the French and the British both wanting control of the Ohio River. The Native American allies joined ranks with the French. When the war spread to Europe it became known as the Seven Years War.

In order to pay for the war expenses, the British began heavily taxing the American colonies. The Sugar Act of 1764 put a tax on sugar. James Otis argued that taxation without representation violated the rights of a free people. The Stamp Act of 1765 required stamps to be bought and placed on playing cards, newspapers, and printed materials. A group known as the Sons of Liberty organized protest marches against the unfair taxes. The Townshend Acts put a new tax on glass, lead, paper, and tea.

On March 5, 1770, a group of British soldiers were stationed next to a customs house in Boston on King Street with colonists nearby. An argument brewed between the two groups. Someone threw an object from the crowd and the soldiers began shooting. This incident, known as the Boston Massacre, became the rally cry for patriotism in the colonies.

So, Homeschoolers: your vocabulary words to look up today are French and Indian War, Sons of Liberty, taxes, Sugar Act, Stamp Act, and Boston Massacre.

Older students: Write each vocab. definition 5 times. Sketch an illustration and write a short summary. Create a pamphlet with a timeline.