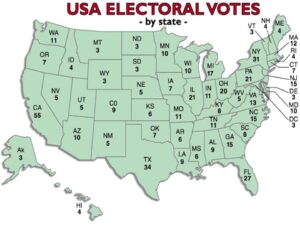 Without the electoral college only the larger, more populated states (California, Texas, Florida, and New York) would be important in determining who becomes the next president and vice-president of the United States. The Electoral College: A 2020 Presidential Election Timeline (congress.gov)