Do you enjoy toast in the morning or a favorite sandwich for lunch? Wheat and white bread are made from wheat. Pasta such as spaghetti is made from wheat. Global wheat supplies are shrinking. Crop losses in the world’s biggest wheat exporters (Russia, United States, Canada) and quality concerns have pushed prices to multiyear highs. Here are other fascinating facts about wheat. Did You Know? 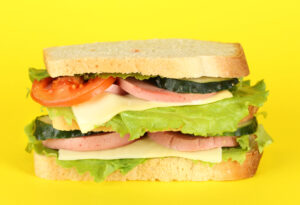 Homeschoolers: Sketch/color an illustration. Write the words “wheat inventory” ten times or until you can spell it correctly. Subtract the 1916 inventory from the 1915 inventory. Theme: wheat products like bread. Finish this sentence: My favorite sandwich is… Read the story called Little Red Hen.  Describe what the Little Red Hen baked.✍️