I am best known as the world’s foremost expert on chimpanzees. I completed a 60-year study of social and family interactions of wild chimpanzees in Gombe Stream National Park in Tanzania.  I was born on April 3, 1934. I am currently 87 years old. 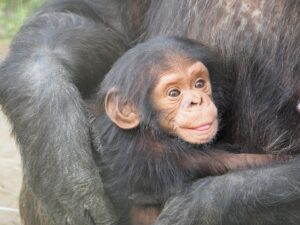 I first became interested in chimpanzees when I was one year old, and my father gave me a toy chimpanzee. When I did my infield research, I named the animals in my studies of primates instead of assigning each one a number. I received a doctorate from Cambridge without having earned an undergraduate degree.