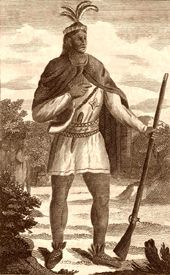 Today, let’s take a look at “The Growth of New England.” The English colonies were only the beginning of English settlements that grew along the east coast.

One early dissenter of the Puritan religion was a minister named Roger Williams. In 1636 he founded the settlement called Providence Plantations which later became known as Rhode Island. Part of his teaching included the belief that slavery was wrong.

Another dissenter was Anne Hutchinson who was home-schooled and self-taught. She began preaching and was labeled a heretic by the Puritans. As a result, she moved with her children to New Amsterdam (now New York City) in order to escape religious persecution. In 1643 Anne’s family (except a daughter who was away) was attacked by native Americans in her home and died.

Religion continued to play a big part in the colonies. The Reverend Thomas Hooker disagreed with the political system that only allowed church members to vote. He moved his congregation to Connecticut. There he founded the Fundamental Orders of Connecticut which allowed all men to vote.

From Connecticut to Maine farmers practiced subsistence farming. There was a thriving lumber industry. And from 1675-1678 a war broke out between the settlers and the native Americans. It was called King Phillip’s War after the Wampanoag chief. He got this nickname because of the friendly relations between his father Massasoit and the Mayflower Pilgrims.

Younger students: print each vocabulary word 5 times. Draw a picture of what you heard today.

Older students: Write down the definitions 5 times. Sketch an illustration and write a short summary of what you heard today. Create a timeline.