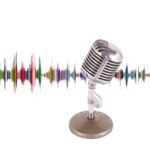 Hello everyone from “History in 3 Minutes Podcast.” Welcome back! Today, let’s take a look at “The Civil War.” It began with events such as the election of 1800, the Confederacy, and the Secession. 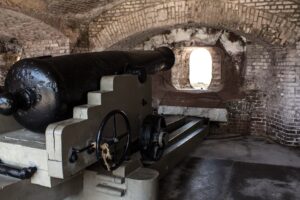 The election of 1800 divided the Democratic Party into a four-way race over the slavery issue. Abraham Lincoln (Republican Party) became president by winning 180 electoral votes and 39% of the popular vote.

The southern states were furious. The democrats wanted slavery to continue in the United States. In early 1861 delegates from 11 states announced they were seceding from the United States. They called themselves the Confederate States of America. At their convention they chose Jefferson Davis for their president.

To protect the Union, President Lincoln announced he would resupply the federal military base at Fort Sumter. The confederacy bombarded Fort Sumter in South Carolina and overtook it. The Civil War had begun.

The confederacy moved its headquarters to Richmond, Virginia. Not wanting to lose any of the border states, President Lincoln imposed martial law to protect Maryland.

Many more people began taking sides in this growing civil war conflict. Robert E. Lee began his military career by attending the United States Military Academy at West Point. He became seasoned as he served during the Mexican-American War. Robert E. Lee was made a general to lead the confederate army.

So, Homeschoolers: your vocabulary words to look up today are Abraham Lincoln, Robert E. Lee, Fort Sumter, republican, and democrat.

Older students: Write each vocabulary definition 5 times. Sketch an illustration and write a short summary. Imagine you are living during the time of the bombardment of Fort Sumter. Explain what you would do and why.