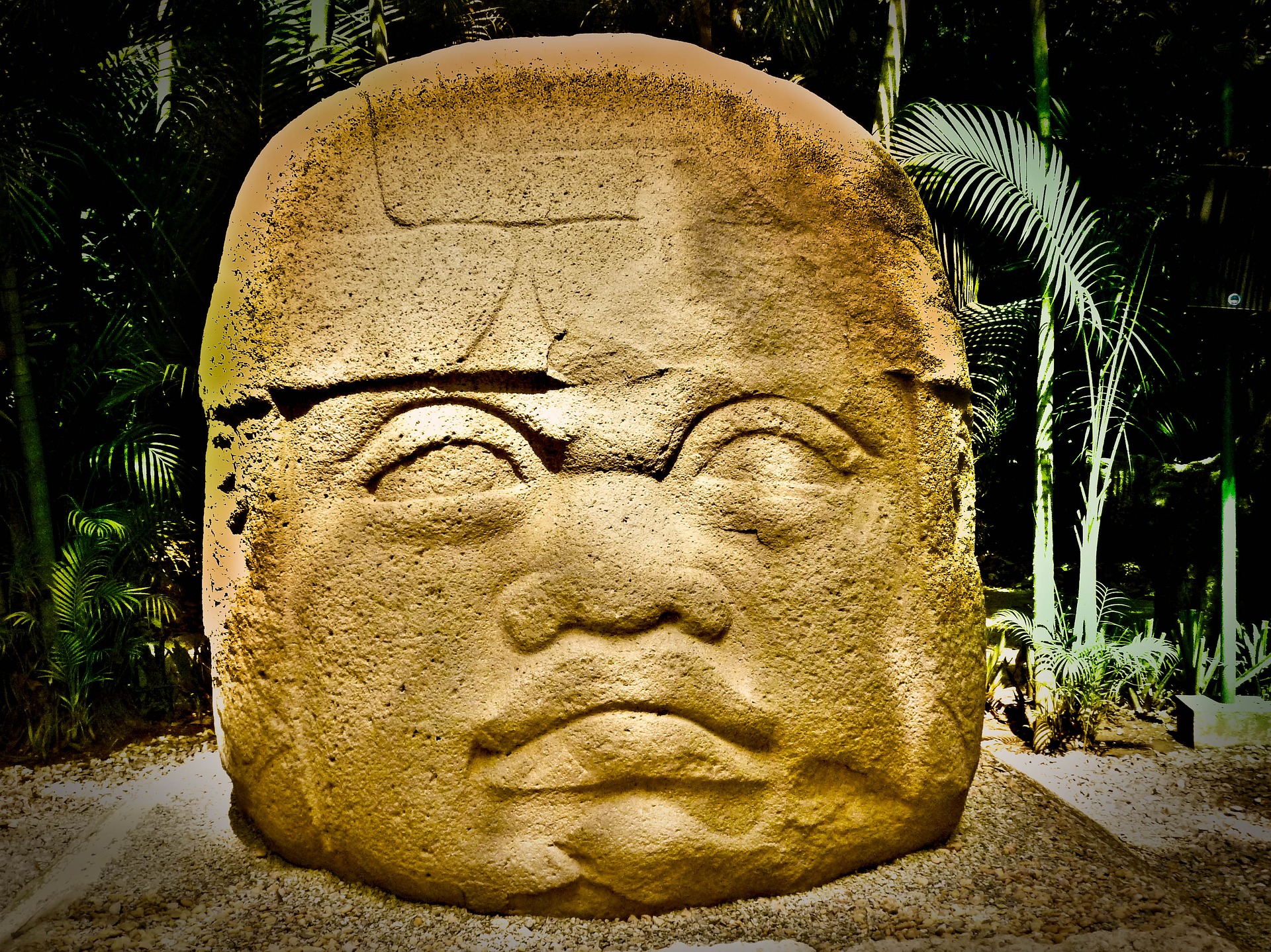 Hello everyone from ChristiansForever. Welcome back. The topic today in U.S. History and Reading is “The Earliest Civilizations”. Today, lets look at some of the earliest people to arrive in America. The people that came here were probably nomads. They basically followed their source of food like the buffalo.

The Olmec came here around 1500 B.C. and produced stone carvings, woodcarvings, and cave paintings. In 200 B.C. across the Midwest in what is now the United States (like Ohio), the Hopewell built settlements of small villages with homes made of thatched roofs.

The Pueblo native Americans (such as the Hopi) were known for living in settlements known as pueblos. They lived in what is now called Arizona and New Mexico. Their homes were made of adobe mud usually surrounding an open plaza. They also became mound builders and belonged to the group called the Eastern Woodlands which is made up of a cultural area of the indigenous people of North America.

The name Five Tribes represents the five major Native American tribes, such as the Seminole, Chickasaw, Cherokee, Choctaw, and Creek. Some members of these tribes adopted European clothing and practiced Christianity.

In 1821, the Cherokee developed a written language and published the first Native American newspaper by 1828 called the Cherokee Phoenix.

Well, that’s all folks. Please remember to visit us at ChristiansForever.com with your comments on what you heard today. Bye, bye!