Hello everyone from “History in 3 Minutes Podcast.” Welcome back! Today, let’s take a look at “Washington’s Farewell Speech.” Our first elected president, President George Washington, gave a farewell speech when he decided to not run for a third term. President Washington wanted to inspire and guide future generations. Washington’s farewell speech first appeared on September 19, 1796 in the Philadelphia Daily American Advertiser and then in papers across the country. 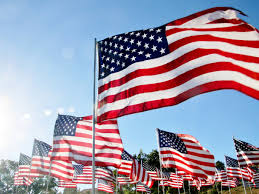 In this letter to “Friends and Citizens,” President Washington warned against geographic and political agendas that could negatively threaten the stability of the Republic. He said to be on guard from interfering foreign governments which threaten U.S. domestic affairs. Washington also urged Americans to control regional jealousies so they did not harm other states.

The U.S. Senate tradition of reading Washington’s farewell speech began on February 22, 1862, as a morale-boosting exercise during the Civil War. The Senate continues to observe Washington’s Birthday (February 22nd) by selecting one of its members, alternating parties, to read the 7,641-word statement in legislative session. At the end of each reading, the appointed senator inscribes his or her name in a black, leather-bound book maintained by the secretary of the Senate. Records show its observance with (Secretary of the Senate, John W. Forney on February 22, 1862) John J. Ingalls (KS) on February 22nd, 1888 on through Tammy Baldwin (WI) February 24, 2020. Let us continue to show support for our republic which was created from the United States Constitution. Let’s foster love for the United States of America.

So, Homeschoolers: your vocabulary words to look up today are speech, farewell, Washington, birthday, and republic.

Older students: Write each vocabulary definition 5 times. Sketch an illustration and write a short summary. Imagine you are in the Senate. Write down what you would do while you are thinking of a love for the United States of America.