Hello everyone from “History in 3 Minutes Podcast.” Welcome back! Today, let’s take a look at “Ratification of the Constitution.” During this time, major events included debate over ratification, new political groups, and state conventions. 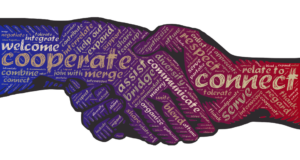 Debate over ratification took place in state legislatures, mass meetings, newspapers, and everyday conversations. Those who supported the new Constitution began calling themselves Federalists. They believed the new document created a federal government with power divided between the central and state governments. The federalists supported a strong army and navy and interstate trade that protected their industries.

A collection of 85 arguments in favor of the new Constitution were written in a book called “The Federalist.” Even today lawyers, judges, and historians cite these arguments to justify their positions.

The road to unification of the small and large states was not an easy one. The state conventions worked out the muddy details of how it would affect their regional rights. Compromise is what led to the final ratification of the Constitution The inclusion of a Bill of Rights and the promise to support an amendment for rights reserved to the states satisfied the early Anti-Federalists who feared an overreaching central government. When the 9th state, New Hampshire, ratified the U.S. Constitution on June 21, 1788, it became the supreme law of the land.

So, Homeschoolers: your vocabulary words to look up today are cite, Federalist, lawyer, judge, supreme.

Older students: Read each vocabulary definition 5 times. Sketch an illustration and write a short summary. Create a poem or a song.