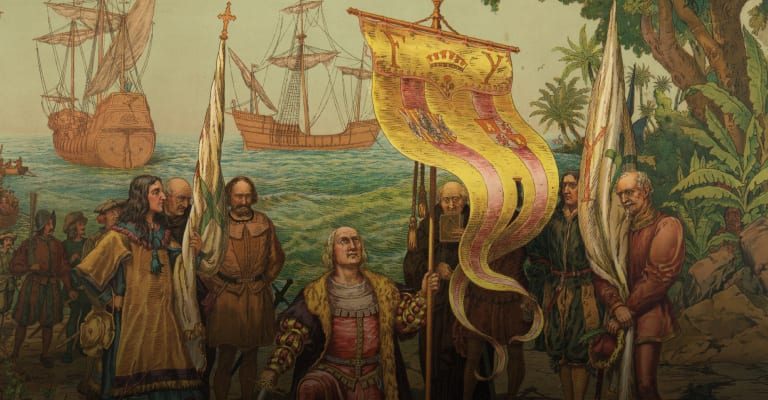 I just love this ship! Don’t you? Just think of the Italian explorer, Christopher Columbus, and his crew sailing west across the Atlantic Ocean on the three ships, the Santa Maria, Nina, and Pinta. In August 1492 Columbus and his crew began their voyages in search of a sea route around Africa to Asia. Instead, they discovered San Salvador and other islands. Columbus had discovered the Americas! 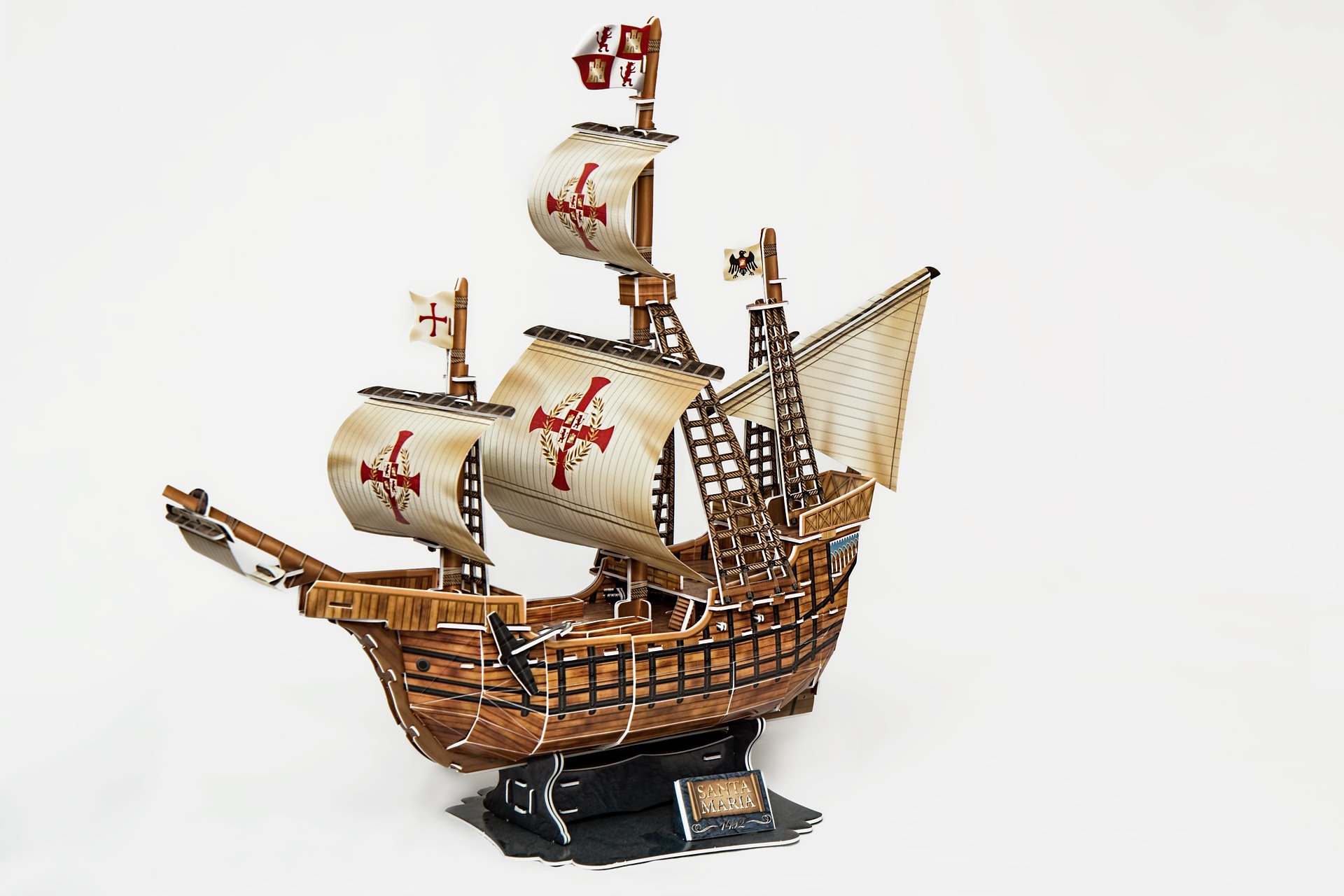 Christopher Columbus wrote in his Journal that the primary reason Spain funded his voyage was to convert the people from other continents to Christianity or the Holy Crusade. In his correspondence with Toscanelli he obtained landmarks and crude maps. Toscanelli tells Columbus to search for the gold that will lead him to the provinces of the great Kublai Khan who had expressed interest in Christianity earlier to Marco Polo. 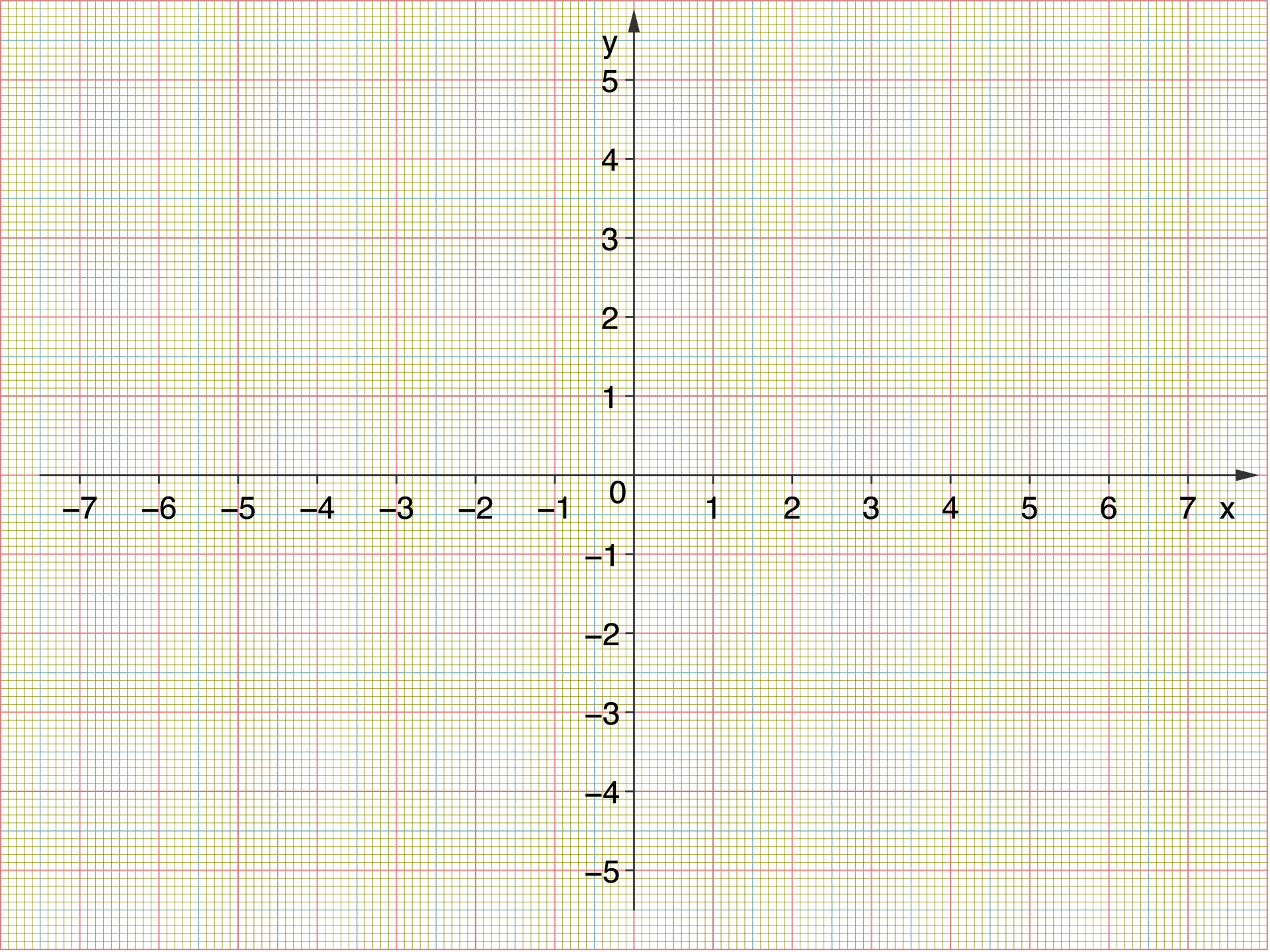 Columbus was accompanied by his brother Bartholomew who settled on the island of Hispaniola or what today is called Haiti and the Dominican Republic. Unfortunately, many of the natives succumbed to a disease that appears to be known as smallpox. This saddened Columbus who wrote in his official Journal, “They are a loving people, who love their neighbors as themselves.” 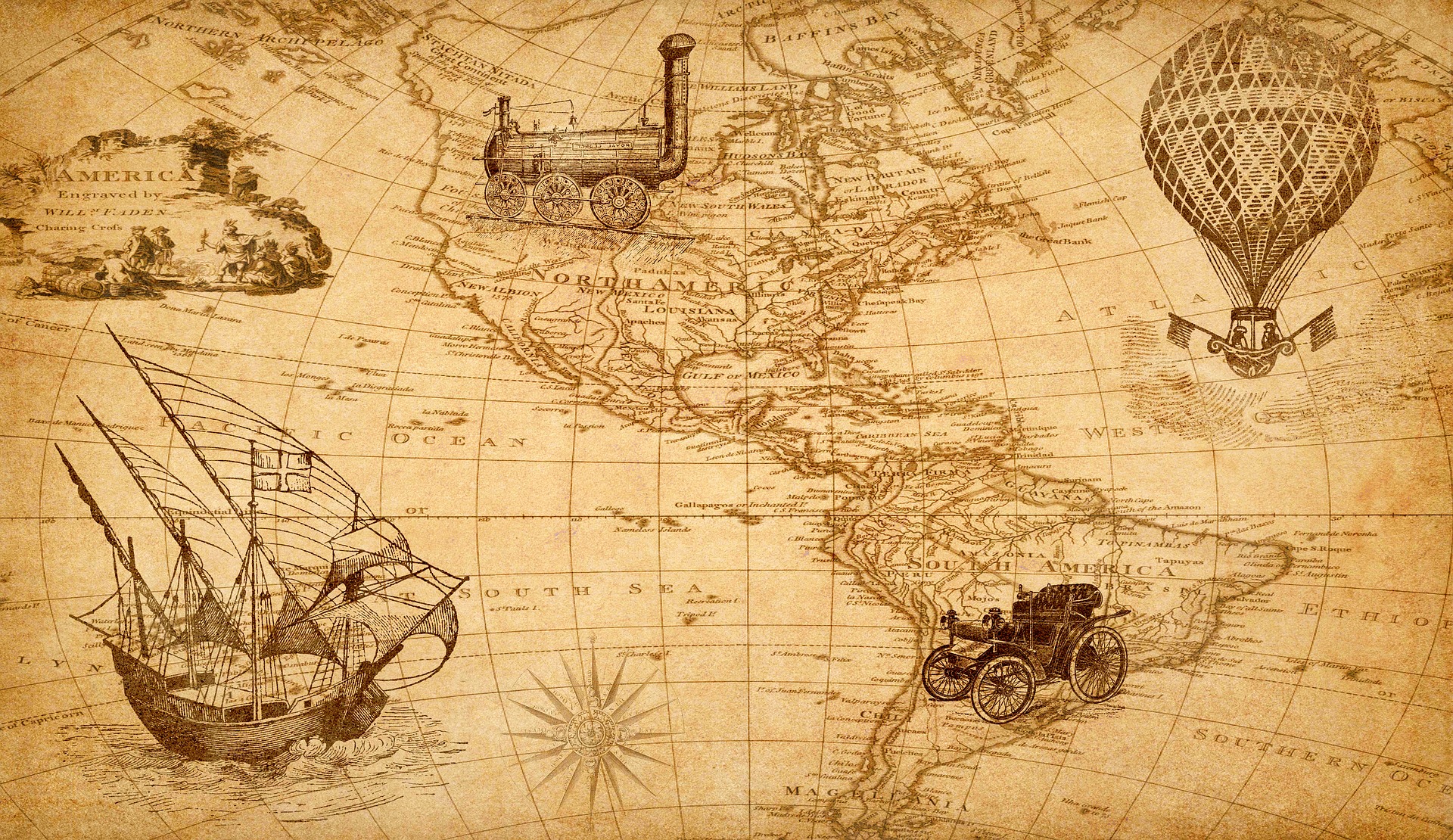 While Columbus was not the only person to reach the Americas, (Leif Ericson, Vikings), one of his greatest contributions lies in his Journal, which helped spark colonization and trade between the Americas and Europe. (Erickson did not readily share his findings with others.) Columbus and his followers created the first prolonged settlement in America. One of the greatest contributions from Columbus includes his discoveries of the truths about the ocean seas and winds. This opened up the oceans to further missionaries, trade, and progress. All of this occurred during the time known as the “Age of Discovery.”

Special Note for Homeschoolers: Assign your child to define, draw, and explain the following terms: map, quadrant, and landmarks.