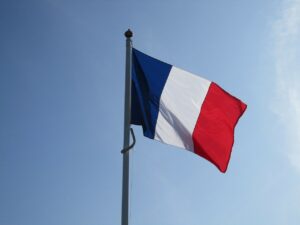 At the Battle of Yorktown armies under the command of General Washington, French General Rochambeau, and French Major General Lafayette decisively overpowered the British forces.

Also, the French spent 1.3 billion livres (French money in pounds) to support the Americans fighting Britain on land and sea outside the United States.

It was French blood that helped secure American independence. There would be no United States of America without France.